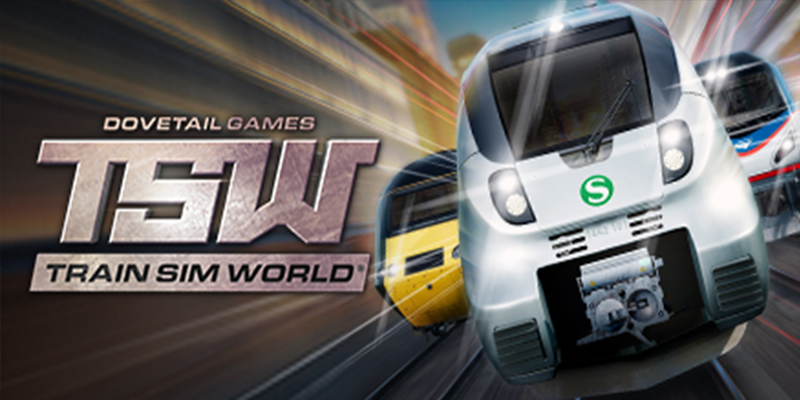 Now about two weeks have passed since the release of Dovetail’s new train simulation, and now you’re probably wondering why the review on Train Sim World is just coming up. This question is of course justified and I will answer this question briefly and concisely. Train Sim World was released on March 16, 2017, after developer Dovetail brought the game to potential customers in a public beta a few months earlier.

The beta itself was rather hakelig on most computers and you had to set the graphics settings very far down to play it at all. Even players with the latest high-end hardware have had massive problems in large part, but one has to say that a beta is meant for just such a purpose, in order to finally find bugs, bigger bugs and performance problems. When the game as a release version reached our editor, we were already looking forward to the final product. The installation went smoothly thanks to Steam. 2.8 giga byte was the download size, the game unpacked after installation then 8.68 Giga Byte, which I personally find quite a bit, if one assumes that the game with the Unreal Engine 4 developed and also adapted to HD formats has been. Well, the smaller, the more space for other games. 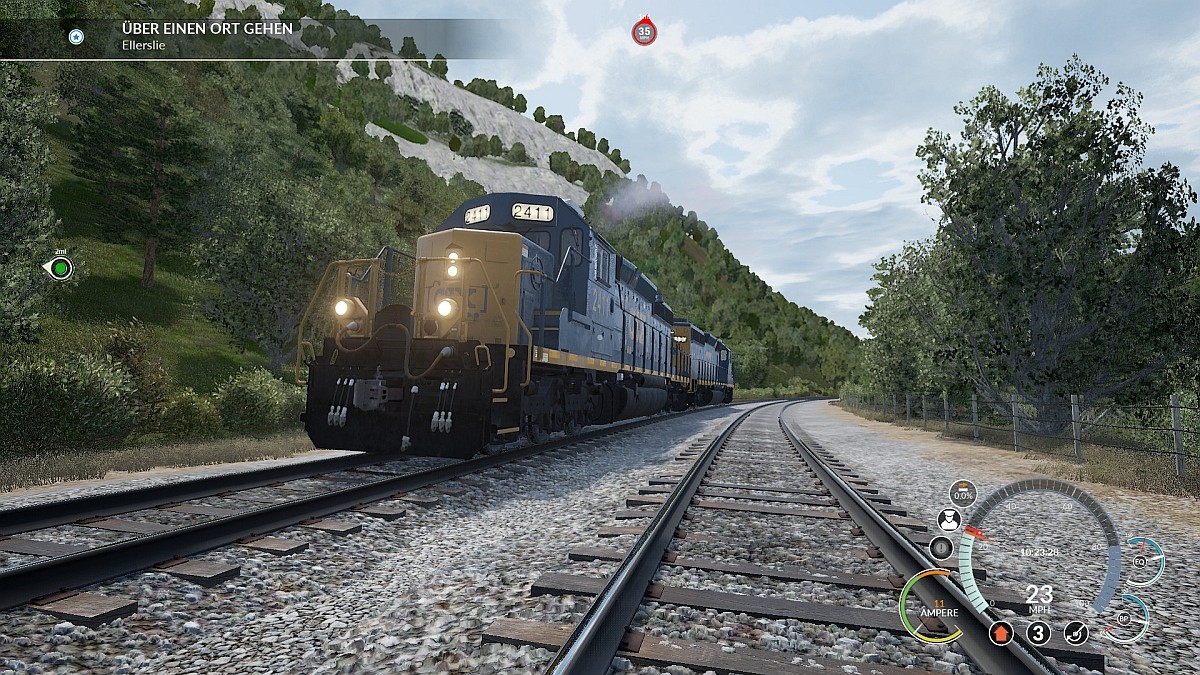 When I started the game for the first time, the Dovetail logo greeted me immediately and I got to a login screen where I could create an account for Dovetail-Live. Dovetail Live should, according to the studio, all games of the brand, as well as players connect with each other. After I set up an account and logged in, I got into the very clearly arranged main menu, where I could choose between three choices and some additional options. I initially decided against visiting the game settings, as I wanted to know how far the game has improved since the beta test. Unfortunately, after the relatively pleasant loading time, the sobering result followed. The game looks visually appealing thanks to Unreal Engine 4, but the first impression is very much clouded by the low frame rates. So it was time to take the first step into the pause menu. Also in this menu each option is presented very ordered. You can choose between the control setting, up to the audio settings, where I first opted for the graphics options. I tested various settings and noticed that every change made no effect on the refresh rate. Only changing the visibility led to the desired result, but here you could visually hardly detect a difference. The only difference was that you saw some objects pop up.

Well, since the game was reasonably playable, I completed the individual practice scenarios. In these scenarios, the player is very detailed by voice and visual information the control of the individual railways closer. Since I already knew the predecessor of this game, I was already familiar with some controls. Here, Dovetail has taken exemplary care that “old hands” do not have to get used to it. If the keyboard control is too cumbersome, the game can also operate with an Xbox controller. New, however, are the extensive functions of the included diesel locomotives. So almost every simulation fan has in the previous version, the Train Simulator, very often desired more features, this prayer was more than just increased and realized with the TSW. Almost every button and switch, even the motor control is operable and most even offer a function. Also with the display functions of the intigrierten locomotive control Dovetail has taken care to reproduce these realistically. Another interesting feature is the control of the turntables. Here you drive one of the three diesel locomotives included in the turntable and sit down in a small driver’s cab. In this one finds a screen for the camera monitoring and a control desk to operate the turntable. How are you supposed to understand that now? Yeah right! In the TSW you can leave your driver’s cab of the locomotive for the first time in a train simulation and walk freely around the track. To top it off, developers in the game world hid some collectibles, which you have to collect to unlock Steam achievements. Each player also has his own employee profile, where his knowledge is recorded by level system. Whether one will need such a level system later or whether it is only a useless function will be shown. The functions are very abundant. A multiplayer mode is currently not available, but it is conceivable that this will one day come, because the Unreal Engine 4 brings the basic requirements. Whether the developers will implement this feature, is still in the stars. 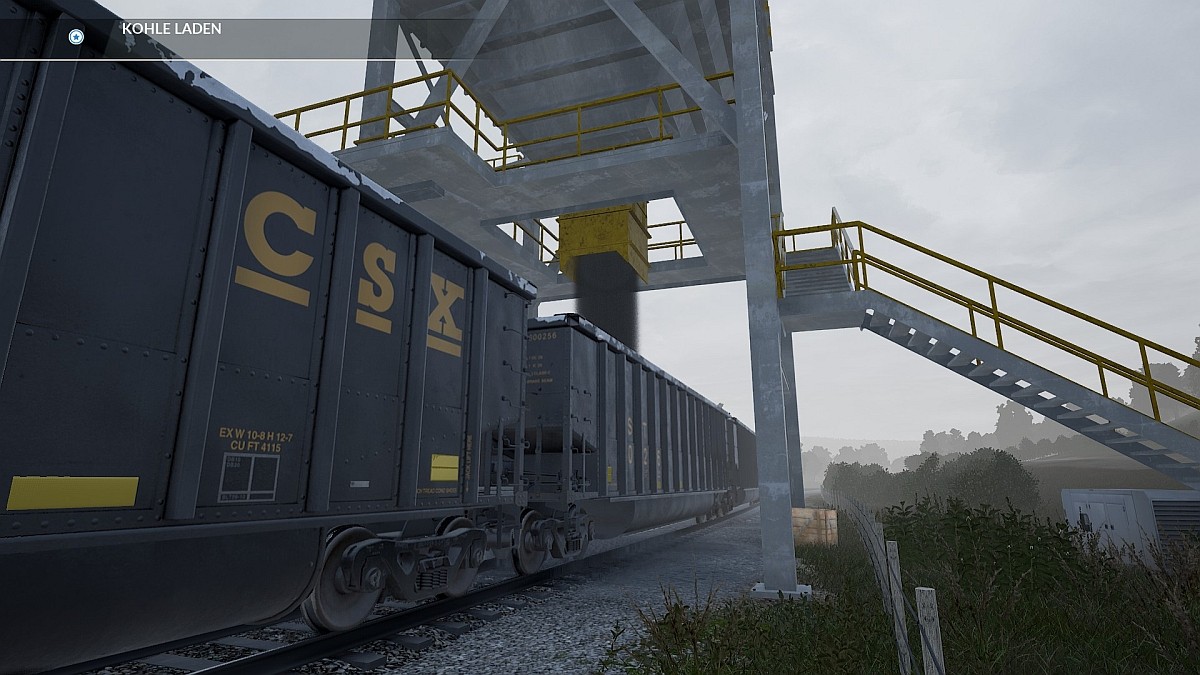 Unfortunately, TSW: Heavy Haul has so far only one route, the Sand Patch Grade, which comes with 3 diesel locomotives and some practice scenarios and 8 main scenarios. If you now consider the price of 29.99 euros closer, this is a relatively fair offer for the extent. However, as diehard train simulator players know, it will look similar to the future download accounts, as in the predecessor of the TSW. The meanwhile outdated Train Simulator offers download content in a total value well over 4000 Euro! Whether you have to have every single DLC, everyone decides for themselves, but you could save some money by waiting for appropriate Steam sales. With the first additional downloads you will probably expect towards the end of this year. According to Dovetail is next to follow a UK and a German DLC. Whereby it should be more precise, DTG did not want to reveal yet. However, an express train addon would be conceivable, as this is likely to attract most customers.

Currently there are two updates for the TSW. DTG managed to optimize the frame rates a bit with the latest patch, but unfortunately not with every player. Many users still complain about low frame rates, despite the latest and strong hardware. With our test system, the performance deficiencies were as good as eliminated by the 2nd update. Some Framedrops were noticed only if our locomotive had to pull a lot of cars, otherwise the game ran continuously between 30 and 60 FPS. However, we from the editorial team strongly assume that the next update will come very soon and that even the last players will be able to fully enjoy the simulation.

CONCLUSION: With the TSW: CSX Heavy Haul Dovetail Games has ushered in a new era in the train simulation genre. Here and there, the game still has some performance issues, but these should be fixed with upcoming updates. The price of just under 30 euros is just so acceptable, if one considers that one gets “just” a route with 3 diesel locomotives and a hanvoll trailer. Most likely, a simulation will always be something for lovers, but you can dare to look, if you always wanted to drive a train yourself. 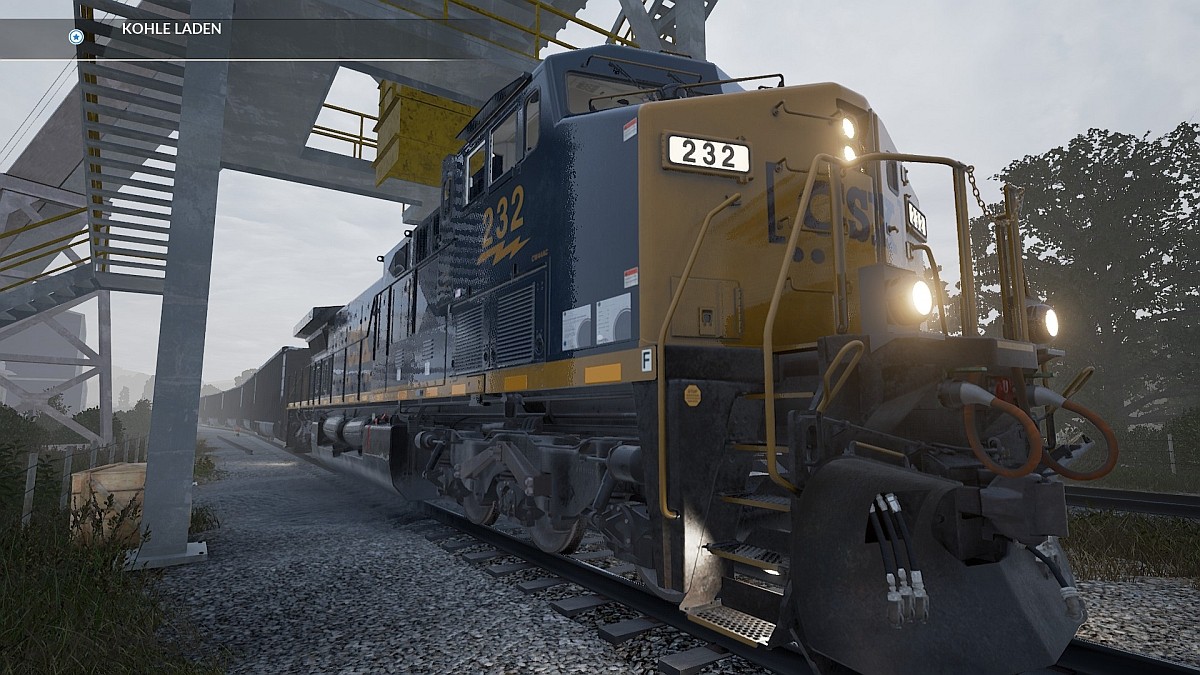